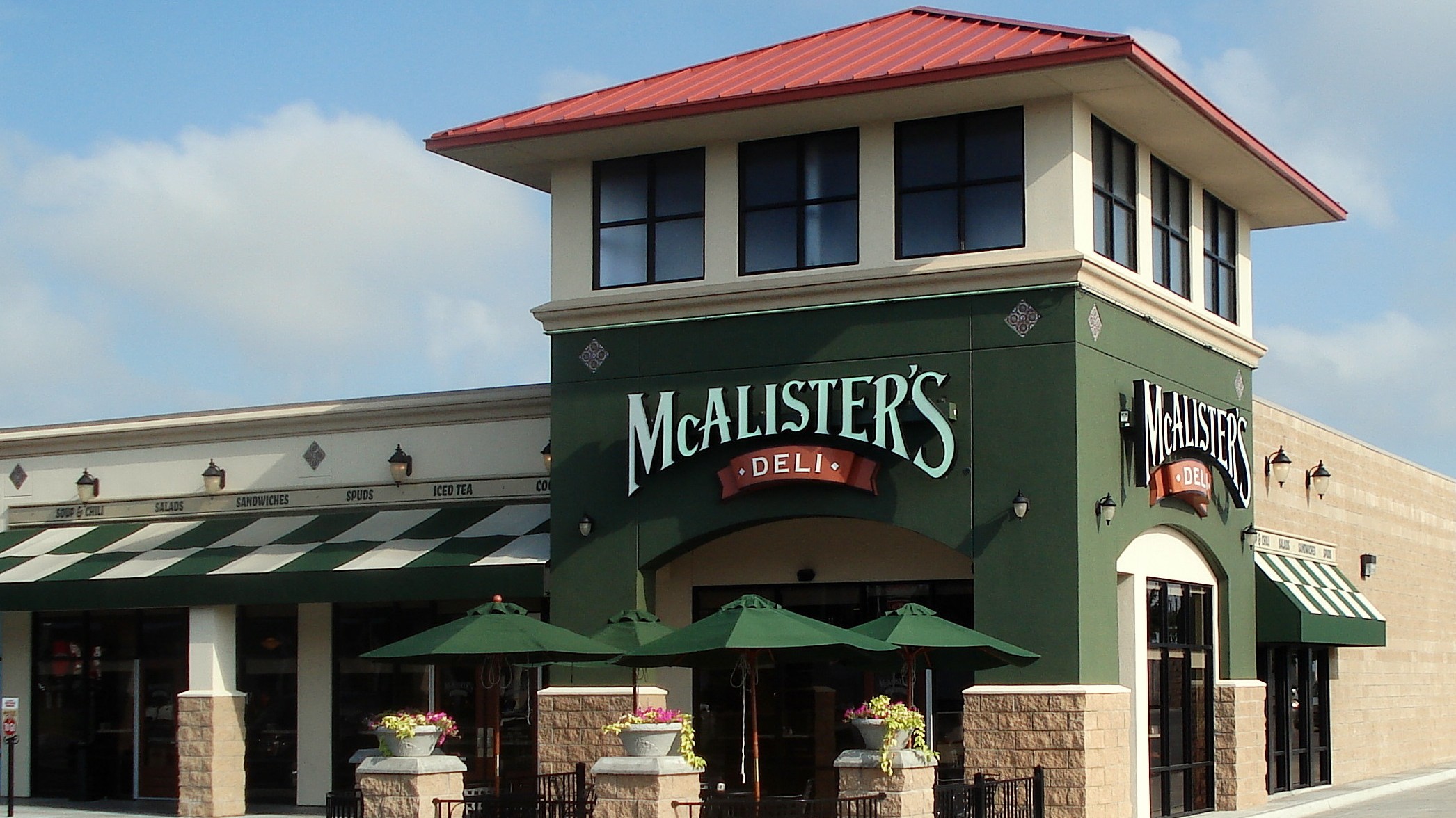 Don Newcomb grew up in the small town of Ridley, Mississippi in the 1950’s. As a boy, he worked at the only soda fountain the small town had. That experience impacted him significantly, and after completing his dentistry degree from the University of Mississippi and serving his country in the Navy, Don would get back into the restaurant business. At first purchasing franchises in existing chains but when that wasn’t fulfilling the dream he had of opening up his own restaurant. He chased that dream after a movie production left town. If you’re what McAlister’s, Newk’s, a 1989 movie and Stephen King all have to do with each other, keep reading!

What Is It Like To Work At McAlister’s Deli?

What to expect when working at McAlister’s Deli (job-applications.com) 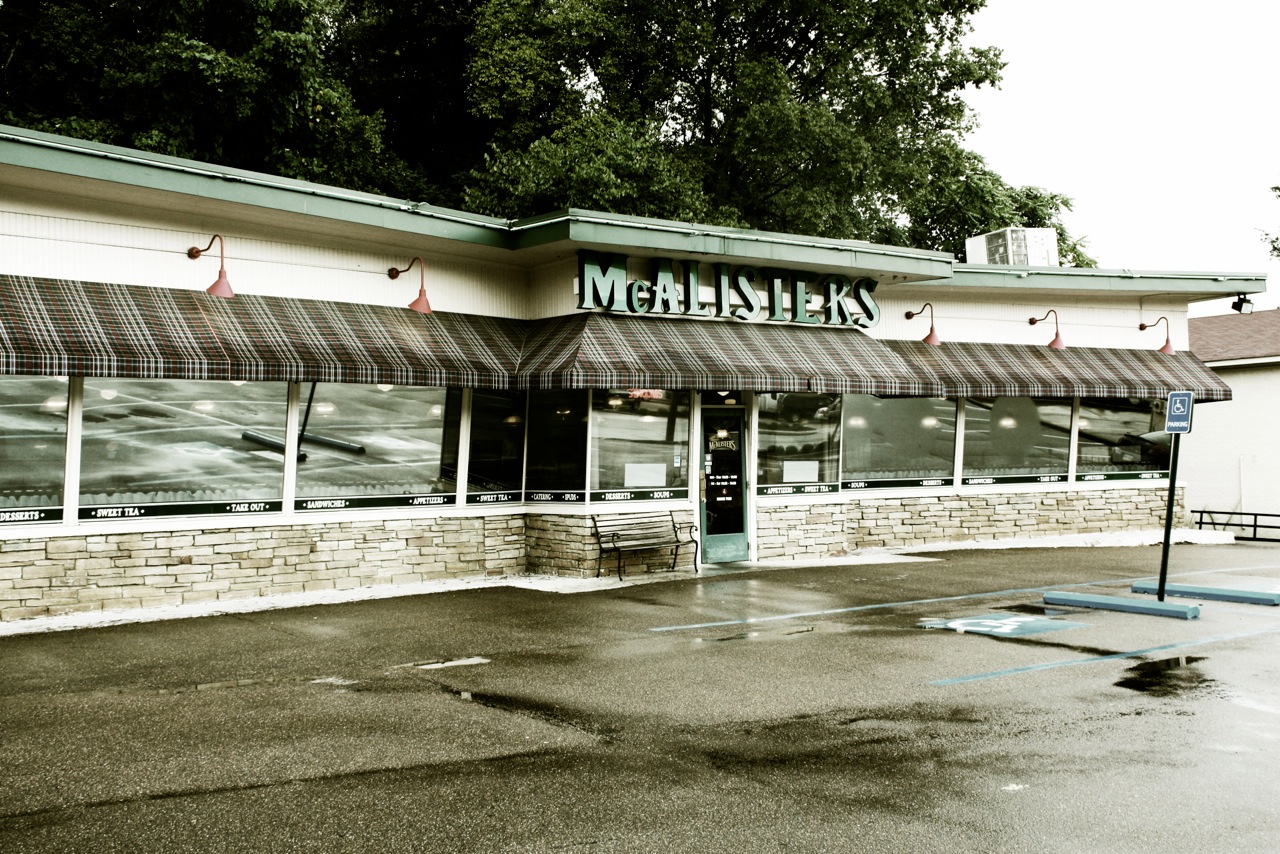 The History of McAlister’s Deli

Name Origin: When the first restaurant began, Don named it “Chequers” but changed it to McAlister’s, after the last name of his in-laws, soon after to avoid confusion with the other Checkers Restaurants.

Current View of Original Location: 1515 University Avenue as it is today (link may not work on mobile devices without Google Maps)

Sweet Tea in the Heart of Dixie (andspeakingofwhich.blogspot.com)

The Don of University Avenue (hottytoddy.com)

What day do kids eat free? It depends on the franchise.

Summary: They offer a kids eat free night each week (some franchises it’s two nights a week) so it will depend on what location you’re visiting. They do seem to offer the same promotion across the board in that you receive two kids meals for one adult meal purchased. As always, ask before you go if you’re unsure.

There is almost always room for improvement in how you view a restaurant’s benefits as it relates to you or your family. McAlister’s Deli is no different I’m sure, but you will find their benefits above most other restaurant chains. They not only provide many family benefits and promotions but they also have that ambiance that is great for families. Our kids love it there, as do we, and we go often. They indeed have the feeling of wanting to help make your experience as enjoyable as possible. They also have a great menu selection for you and your children and offer many nutritional items.

Summary: Most locations offer a 10% discount for all active military or Veterans. They also offer additional promotions on Veteran’s Day as well and some do on Memorial Day. As always, check before you go.

What Does McAlister’s Deli offer for My Birthday!?

Summary: Although the rewards site doesn’t say specifically that you get something special for your birthday, they do offer it as a part of being a member. Hustler Money Blog states that you get a “Free $5 coupon” on your birthday.

Are There Any Other Discounts or Benefits at McAlister’s Deli?

Summary: The chain generally has a variety of promotions throughout the year. For example, many stores will offer a free piece of pie on Mothers and Father’s Day. Check with your local restaurant to find out what specials they offer through the year. Don’t forget Free Tea Day each July. 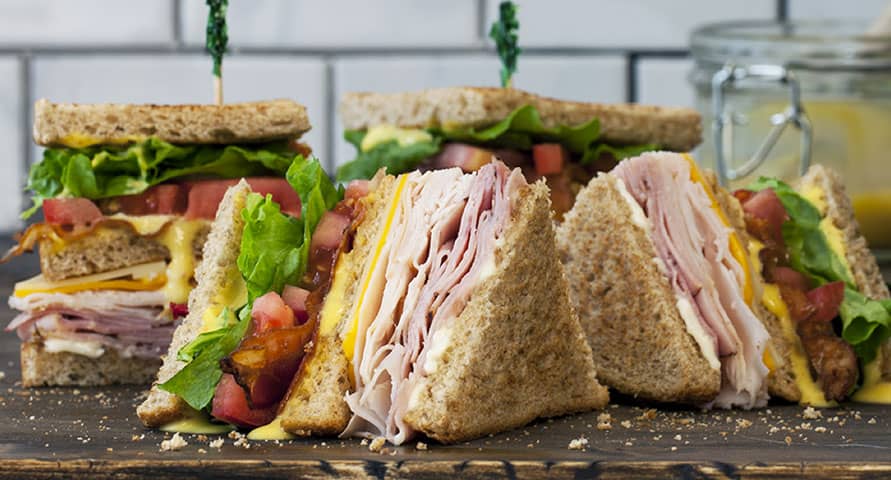 Use Apple Pay: Some 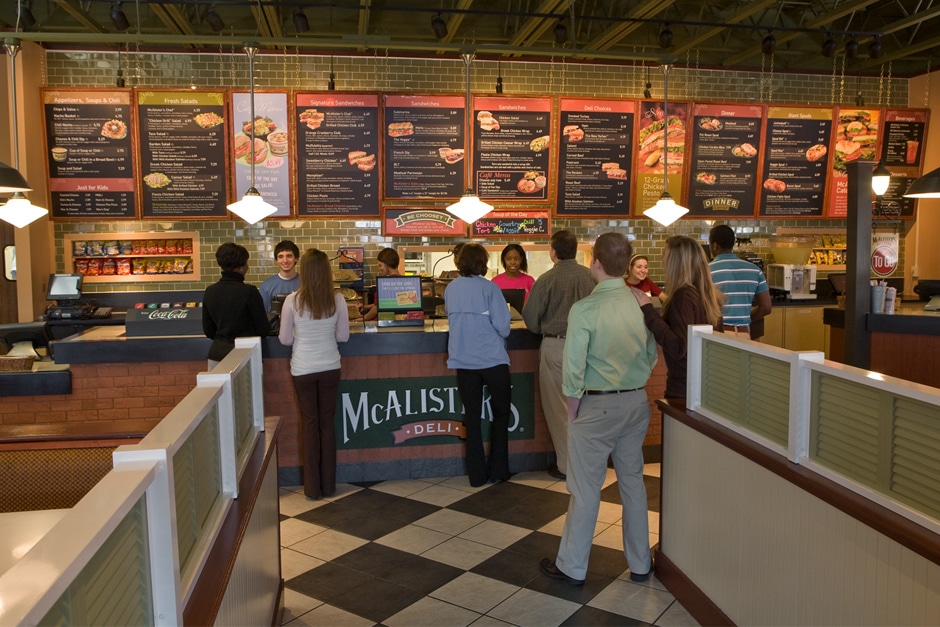 Does McAlister’s Deli Have Any Secret Recipes?

Their menu focuses on sandwiches and dishes that are regional favorites around the country.

They are just as known for their tea (sweet or unsweet) as they are for their sandwiches.

Before starting McAlister’s, Don Newcomb was a dentist in town. He kept his practice going after beginning McAlisters in 1989 for three years until he sold it in 1992.

In addition to his practice, he also owned rental properties and owned franchises with both Danver’s and Sonic before he started McAlister’s

The movie, Heart of Dixie, that lead to the origin of McAlisters was based on the book Heartbreak Hotel by Ann Rivers Siddons in 1976. The book was based on her experiences at Auburn University (then called Alabama Polytechnic Institute) in the mid: 1950s involving her desire for integration. She was deemed a “rebel” at the school and would go on to become an author after graduation. She also wrote the book The House Next Door, which would be made into a Lifetime movie in 2006 and praised by author Stephen King.

Don Newcomb started two very successful restaurant chains in McAlisters and Newk’s. He started a third restaurant in Oxford as well initially called Embers Biscuits and Bar-B-Que in 2013. The restaurant would later be renamed My Guys Biscuits and BBQ but closed in 2016.

Newcomb grew up in Ripley, Mississippi, which is about an hour away from Oxford. He is a veteran of the Navy and graduated from the University of Mississippi.

When Don began the original restaurant in 1989, a key figure in the start-up was the office manager of his practice, Debra Bryson. She has gone on to be a large part of the company’s success. She would then go on to have maybe a more significant role with Newk’s and is a pivotal part of the restaurants Don has started.

Between ownership of McAlisters (the sold the chain in 1999) and starting Newk’s, Don (along with Debra Bryson and his son Chris Newcomb) purchased a franchise of Moe’s Southwest Grill.  This was during the five-year non-compete agreement they had after selling the chain.

The chain pays its employees higher than average wages and adopted a no tipping policy. Any tips left behind by customers are given to charity.

Don and his wife have two sons, Chris and Neil. Although both sons have been a big part of Don’s restaurants, only Chris (along with Debra Bryson) started Newk’s with him.

9 Things You Need To Know Before Eating At McAlister’s Deli (delish.com)

McAlister’s looks to the future as it hits 400 units (nrn.com)

McAlister’s Deli is precisely why I started Back of the Menu. They are a restaurant that is very family friendly. Our family loves going, especially on Wednesdays which is the night of the week that kids eat free in our town. I wanted to support those restaurants that treat families so well but along the way discovered they had a story. Who knew that a girl’s experience in the 1950’s at Auburn would later lead to a movie to which inadvertently created a restaurant loved by so many Americans. Who doesn’t love a great story like that? Don Newcomb followed his dream after Heart of Dixie left town and opened the first McAlister’s Deli. He didn’t stop there, partnering with his two primary business partners, his son and former office manager, he also creates the popular Newk’s restaurant within walking distance of where McAlister’s began. Be careful in how you order if desiring a healthier lifestyle, but you will most likely walk out of this chain with a great experience in both food and atmosphere. They have lots of variety, healthy options to choose from, really great tasting food and the best tea around.