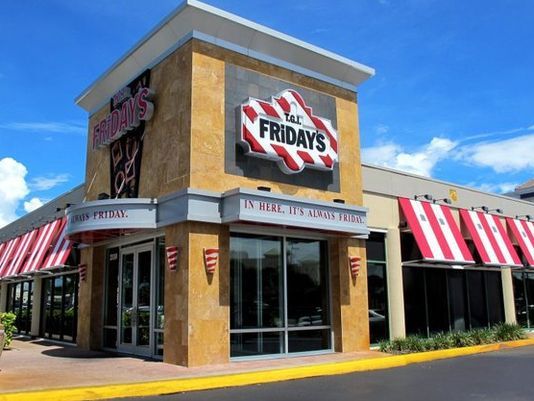 TGI Friday’s is unique in that it’s “story” is like maybe no other in major American restaurant chains. Alan Stillman, a successful New York salesman, wanted to create a way to meet women (that’s a watered down version of his desires) and there wasn’t anything like a “cocktail bar” in New York. So Stillman created one. It was hugely successful immediately. The bar/restaurant located at 1152 1st Avenue had people standing in long lines to get in which was new for the city at that time. Who knows how successful Stillman was at accomplishing his “personal goals”? Regardless, TGI Friday’s would go on to be a very significant chain across America.

What Is It Like To Work At TGI Friday’s? 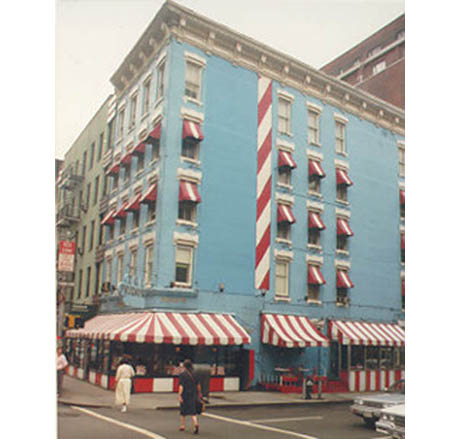 The History of TGI Friday’s

A Cocktail Party In The Street: An Interview With Alan Stillman (ediblegeography.com)

Founder invented the chain as part of his ‘business plan to meet a lot of women’ (businessinsider.com)

When the restaurant opened, it was such a huge singles scene that cops had to close the streets nearby (businessinsider.com)

History Page: Company History Page (the U.S. version of their site does not offer this, only the UK website)

Current View of Original Location: 1152 1st Avenue as it is today (link may not work on mobile devices without Google Maps)

When TGI Friday’s opened, it was such a huge singles scene that cops had to close the streets nearby (businessinsider.com)

It is most likely not a restaurant you consider on a Friday night to take the family. The chain did gain family appeal as it moved south and reevaluated its restaurant atmosphere. They don’t offer any unique benefits to families and their food, both in taste and in health, leaves much to be desired as do most of their restaurant reviews.

Summary: The American website doesn’t offer kids eat free information (other countries do) but the following resources were found –

“One free kid’s meal with each adult entree, ages 12 and under” (pennypinchinmom.com)

“Kids eat free on Tuesdays from 3 to 9 p.m. at participating locations!” (clark.com)

“Guests who show valid military ID can enjoy a free lunch menu item up to $12. This offer is valid on Saturday, November 11th, from 11 a.m. to 2 p.m. local time.” (militarybenefits.info)

“‘Free lunch menu item up to $12 from 11:00 a.m. – 2:00 p.m. local time for all current military members and veterans. These guests will also receive a $5 coupon for their next meal. Valid ID or proof of service required. Dine-on only at participating locations. Be sure to contact your local T.G.I Friday’s for details.” (themilitarywallet.com)

What Does TGI Friday’s offer for My Birthday!?

Summary: On the TGI Friday website on their Rewards FAQ page, it states the following – “Free dessert with purchase of an entrèe to celebrate your Birthday”

Summary: The chain does not offer any discount or promotion for first responders

Are There Any Other Discounts or Benefits at TGI Friday’s?

Summary: To no one’s surprise, their reward program is called A Friend With Benefits. Follow the link to see all the perks as well as learn how their point system works. 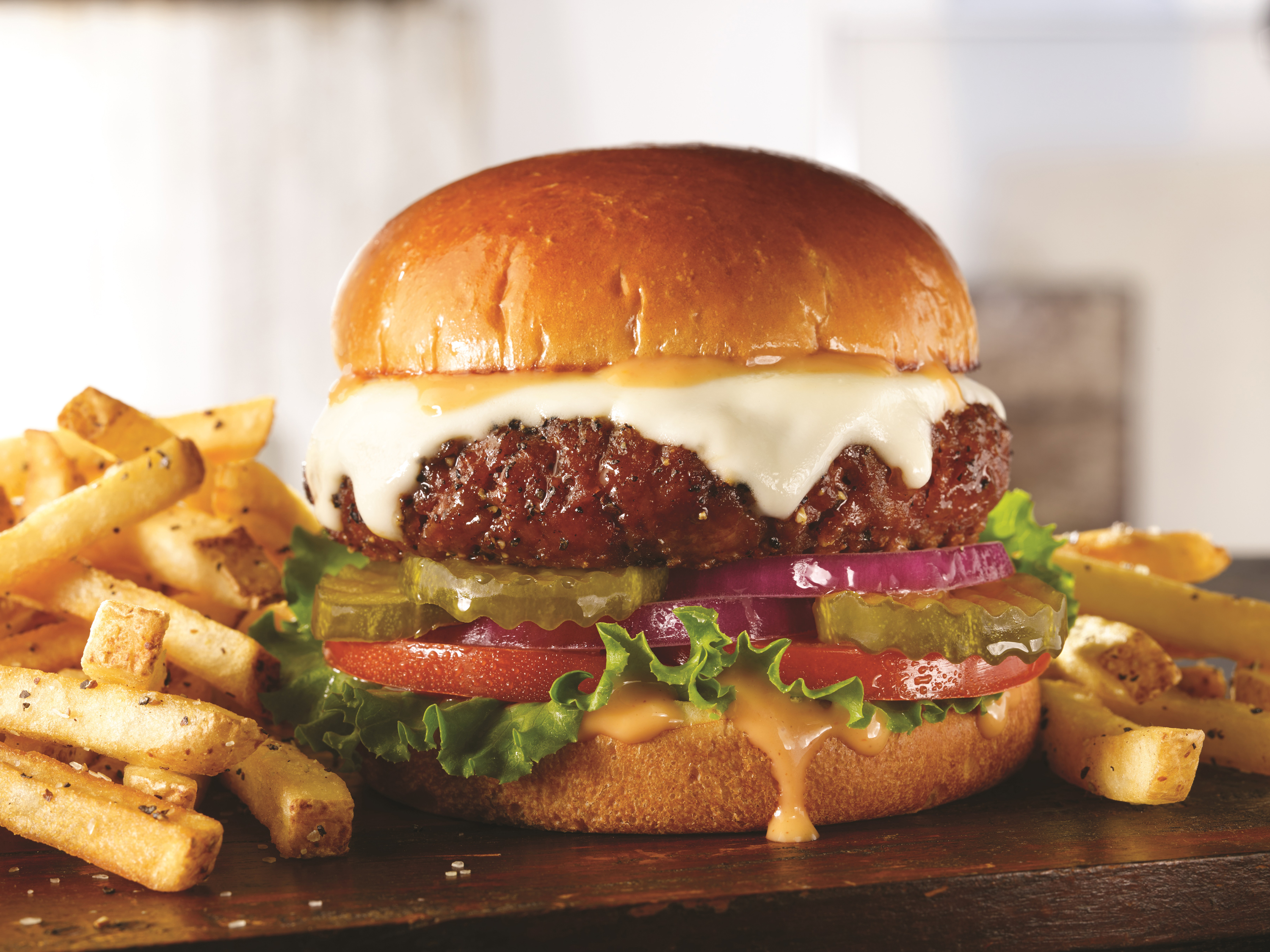 Use Apple Pay: No

Try These Vegan Fast Food and Chain Restaurant Options on the Go (peta.org)

The 6 Best Dishes To Order At TGI Friday’s, According To Nutritionists (womenshealthmag.com) 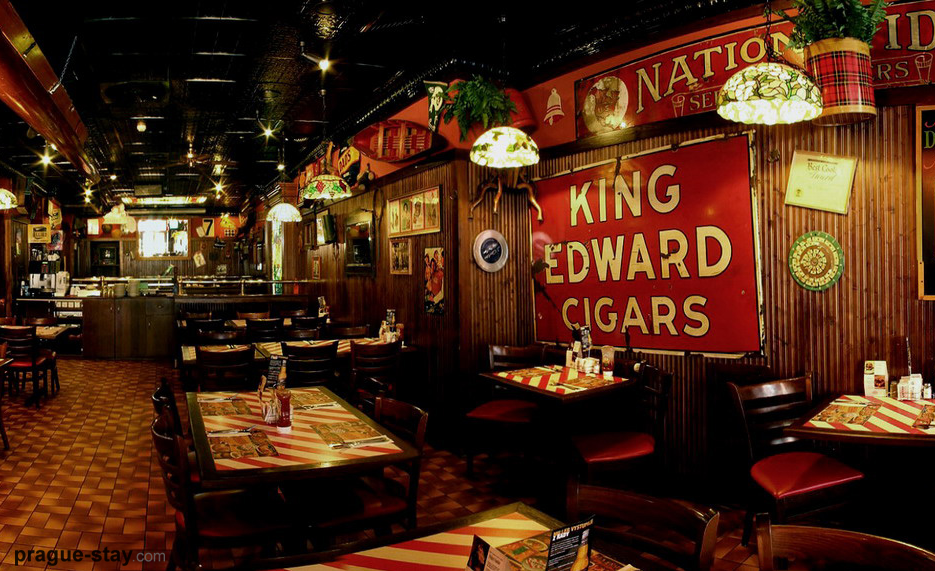 Does TGI Friday’s Have Any Secret Recipes?

Stillman has claimed to be the inspiration for the main character in the movie Cocktail. (famous scene below in video section, notice the exterior of the building at the beginning of the clip)

The restaurant was created by Stillman as a cocktail bar to help meet single women in the area. Your assumption of the reasons for that would be correct.

The chain has been credited for bringing the cocktail bar to the forefront of New York and later American culture that was so popular in the 70’s and 80’s.

The second location opened in Memphis, Tennessee in 1970. The third in Dallas, Texas.

They were the first American restaurant to open in Russia

They invented the potato skins in 1974

Timing was everythineverything asaurant opened shortly after The Pill (birth control) was approved by the FDA in 1960 with 6.5 million women taking it by 1965.

A Cocktail Party In The Street: An Interview With Alan Stillman (ediblegeography.com)

For an alphabetical listing of all our restaurants, simply go to our Restaurants Page.

Alan Stillman wanted to hook up with women before there was a socially acceptable place to do that, so he created one. He saw something missing from his city that he felt there would be a demand for and he was right. Was he so inspirational in doing so that he created the fictional character Brian Flanagan in Cocktail? Who knows. As the chain grew and moved south, the restaurant began to look at attracting families as well as singles looking for a good time. Their origin, their “story” and the initial concept of the restaurant are most likely pretty black and white, you either approve and support it, or don’t and are turned off by it. What camp you fall into is your choice, but at least now you know how TGI Friday’s began. If you are drawn to the story, it might be a good fit for what you’re looking for, but certainly, don’t visit for the family atmosphere or food.